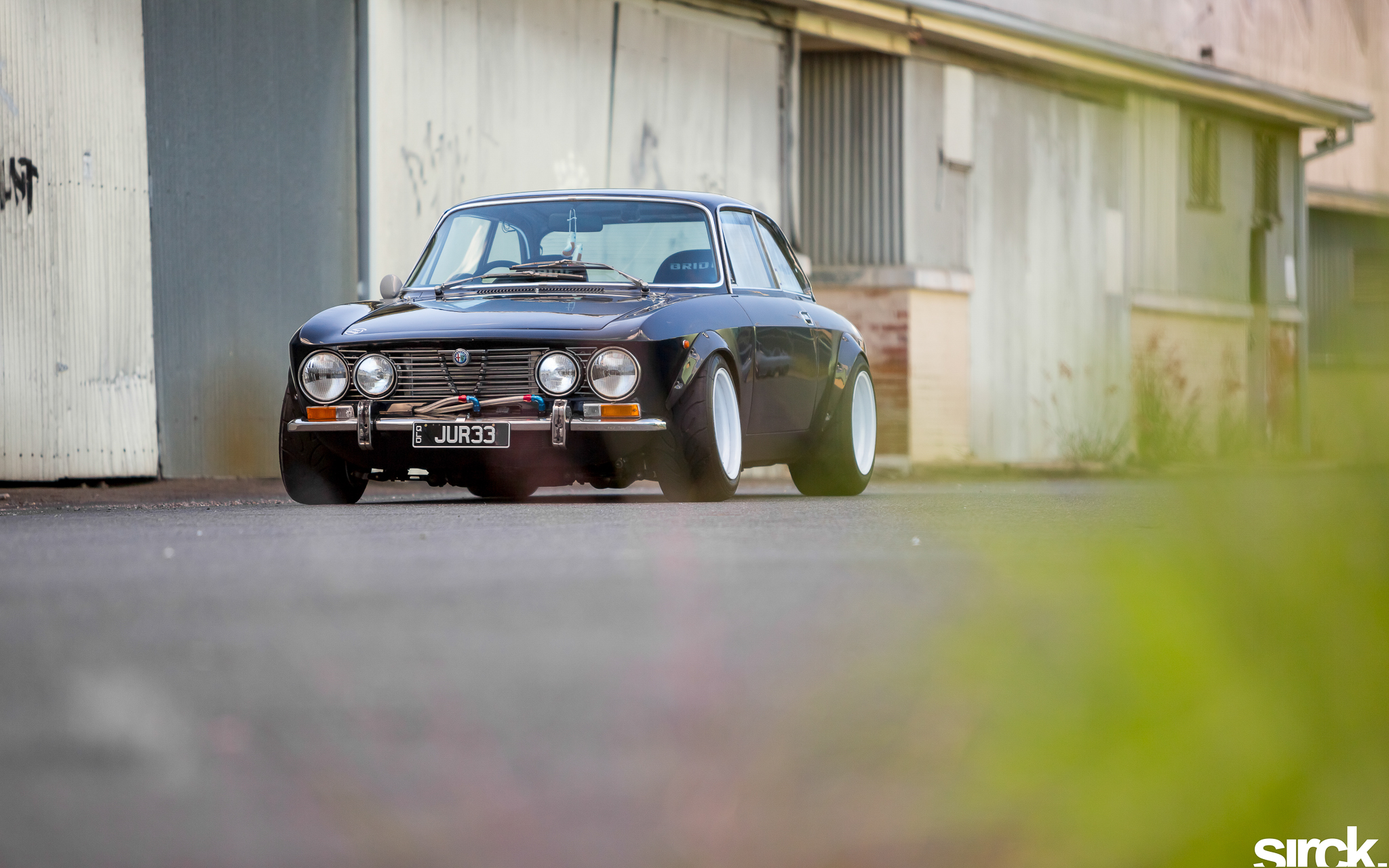 I first met Jason randomly one night at a Fuel station & Car wash in Brisbane’s south side. I was there on my bike meeting up with a few mates to go for a night ride when I spotted his awesome Alfa Romeo and my jaw dropped. I rushed over to the car to have a closer look and find out who the owner was and what was done to it. Jason gave me the run down on the car and mentioned it had the engine swapped to a Nissan SR20DET and it was making over 300rwhp! I introduced my self and mentioned what I do for work and that I would love to run it past the editors of Fast Fours & Rotaries and Hot 4’s Magazine and to send me through an email with the details and some photos of it.

The editors gave it huge YES and were excited to see the shoot we completed of the car a little while after. The car is a 1974 Alfa Romeo 2000 sporting a Nissan SR20 engine making roughly 325rwhp. It’s set out as a half & half, street/track car. It’s got all the juice in it for track work from the massive Alfa Holics 6pot front brakes to the full blown Alfa Holics Fast Track suspension kit. With the addition of the Carbon Fibre ZG Guards it gives the car that extra room needed to fit the 15×9 front and 15×10 Custom steelies.

The full magazine feature can be found in the AUGUST 2015 issue of Fast Fours & Rotaries.